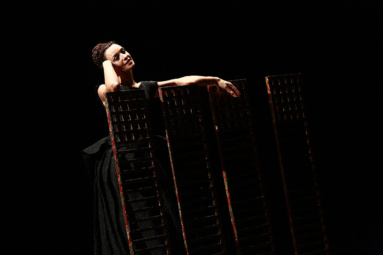 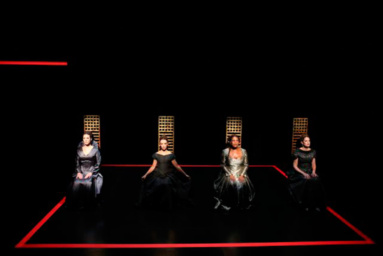 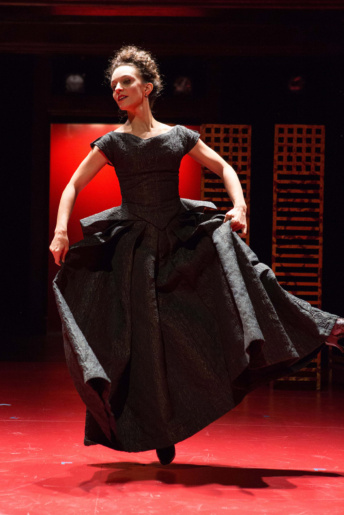 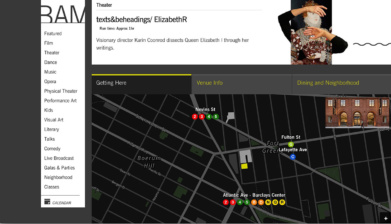 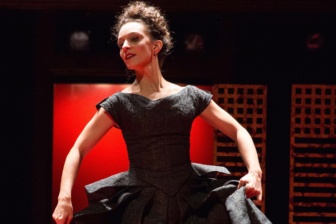 “Cristina Spina is an impassioned and worldly Elizabeth willing to fight off Parliament and suitors alike in her quest to remain single. Whether in English or Italian, Spina gives us a strong monarch willing to stand her ground with intelligence and wit.”
Benjamin Tomchik, Broadway world.com 2015

“The vibrant Italian actress Cristina Spina is central to an overview section, which sums up some of Elizabeth’s approaches to ruling, including her refusal to get too involved in the era’s religious conflicts and her refusal to marry. Spina occasionally speaks in Italian, drawing attention to the fact that Elizabeth was an accomplished polyglot.”
Celia Wren, The Washington Post 2015