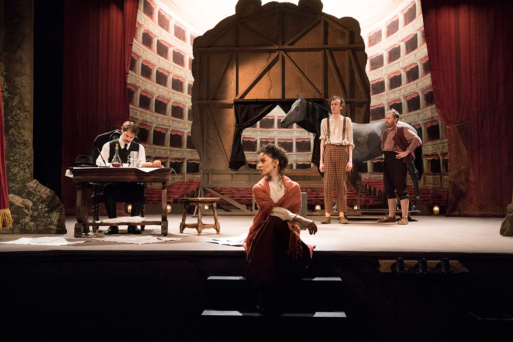 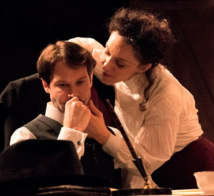 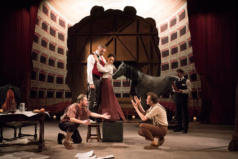 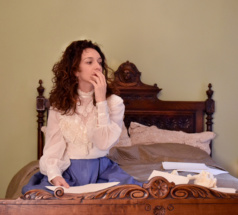 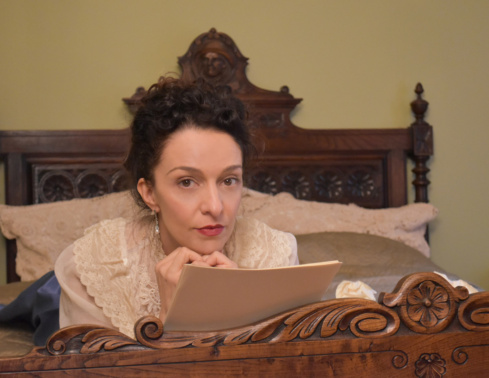 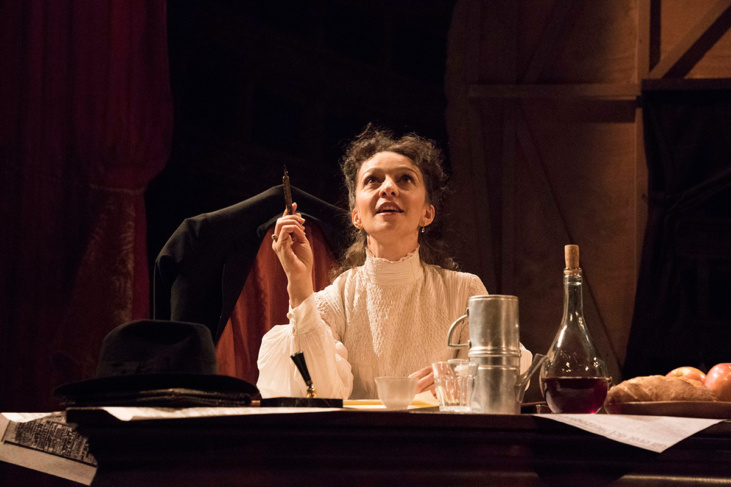 “Accomplishing this divine coup de téâtre is an actress, Eleonora Della Rosa, modeled on the legendary and charismatic Eleonora Duse and played with fiery rage in this recent production by the supremely talented Cristina Spina. Spina’s the kind of actress you hope to see when you see an Off-Broadway play, especially one produced in affiliation with the estimable John Turturro. Easily filling every moment of stage time with pathos, rage, joy and cunning, she is a diva in the best sense of that word. Commanding our attention and then giving us more than we’d ever expect or ask for, Spina shines here as the brightest of stars, the zenith of our theatrical stratosphere.”

In Imperfect Love we recognize the great Duse as the character Eleonora Della Rosa (in a fiery, humorous portrayal by Cristina Spina)  by Carole Di Tosti